What do craters on the Moon reveal about the Earth’s history? 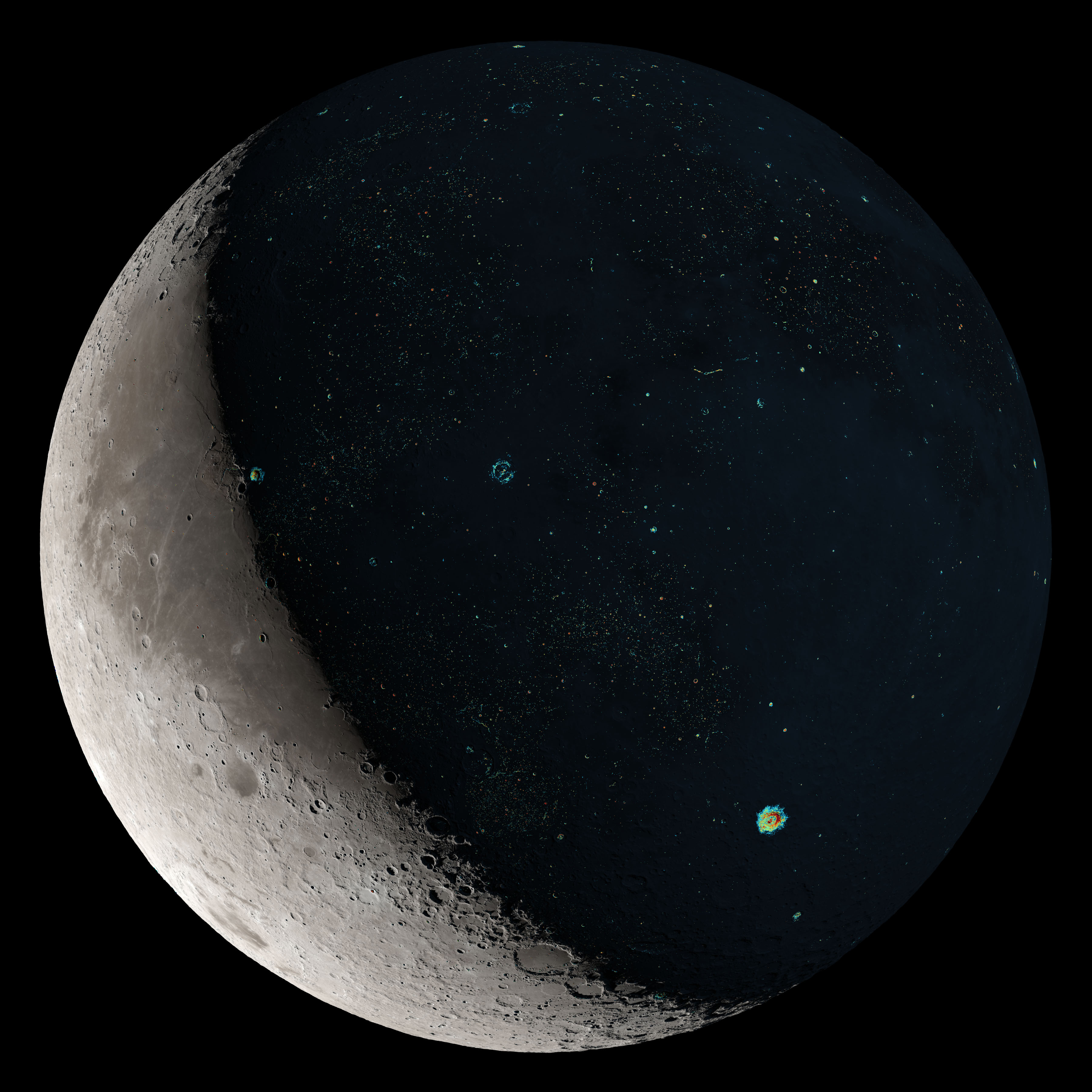 Young lunar craters identified using the Diviner instrument aboard the Lunar Reconnaissance Orbiter allowed scientists to make a fascinating discovery about the bombardment history of the Moon and Earth.
(Credits: Ernie Wright/NASA Goddard)

Most scientists believe that the bombardment rate on the Moon and Earth has remained constant in the past ~2-3 billion years. The common assumption has been that the Earth’s crater record is heavily biased and the rarity of young craters on Earth (300-660 million years) is due to preservation bias, for example, being erased by erosion or tectonics. To test this idea, scientists have compared the Earth’s cratering record to that of the Moon. 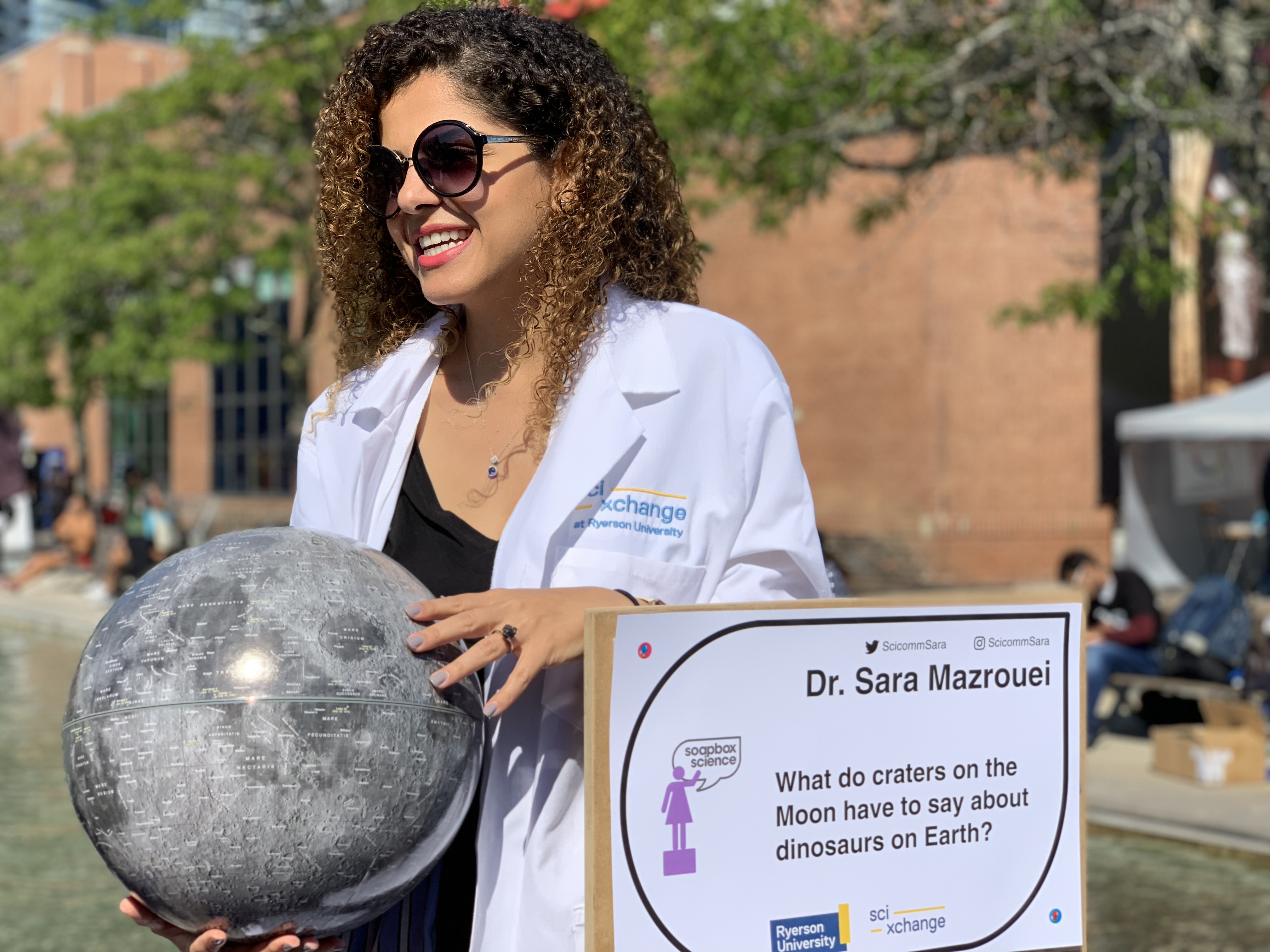 Dr. Sara Mazrouei is a planetary scientist, educator, and science communicator. She is currently the Space Matters Lead at Western University’s Centre for Planetary Science and Exploration. Her PhD research at the University of Toronto focused on the recent bombardment history of the Moon.

Dr. Mazrouei and colleagues used a new method to determine the ages of lunar craters, using temperature data from the Lunar Reconnaissance Orbiter’s Diviner instrument. Young craters with numerous meter-sized fragments are easy to pick out from older craters with eroded fragments. As time goes by, these large rocks are broken down by future small impactors. Eventually, over the course of about a billion years, all of the rocks form into regolith, providing an inverse relationship between rock abundance (the rockiness of a crater’s ejecta) and crater age. As craters get older, they become less rocky. Using this relationship, they dated all craters larger than 10 km in diameter and younger than 1 billion years old on the surface of the Moon. The ages of these craters revealed that the bombardment rate on the Moon has increased by a factor of 2.6 in the past 290 million years. 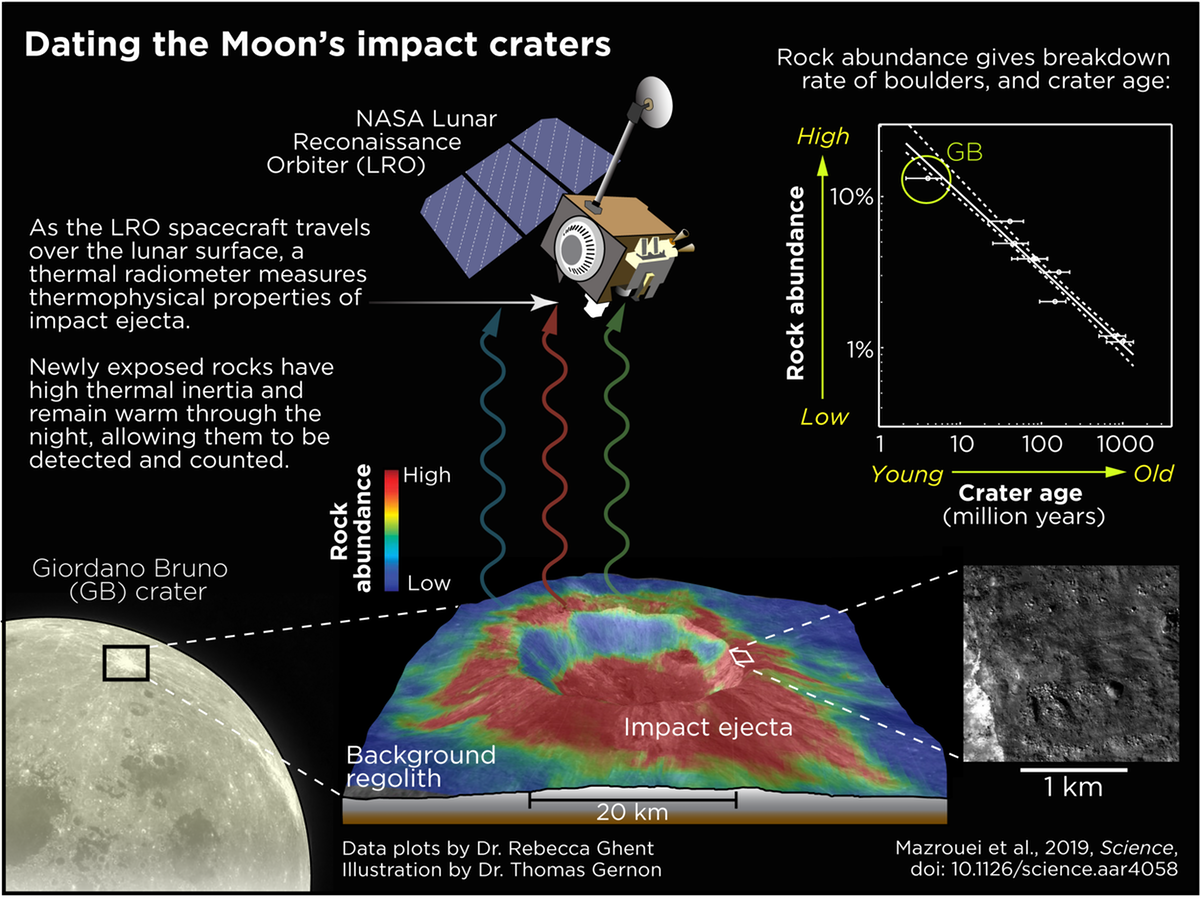 Since the Moon and Earth are in such close proximity, they get bombarded by the same population of impactors. Comparing the lunar crater dataset with terrestrial craters larger than 20 km over the last 650 million years, scientists saw similar distribution patterns between the two. This implied that large crater erasure must be limited on stable terrestrial terrains. It also implies that the observed deficit of large terrestrial craters between 290-650 million years is not preservation bias, but is a reflection of a distinctly lower impact flux.

Scientists predict that the rare Chicxulub-type impacts, the ones that may have lead to the extinction of dinosaurs, were a byproduct of the current high bombardment rate. These new findings could have interesting implications for the evolution of Phanerozoic (the recent geologic eon) life, and the history of life such as extinction events and evolution of new species.