CASTOR: a Beaver or a Canadian Space Telescope?

A team of Canadian astronomers and engineers has developed a bold new concept for a Canadian flagship space telescope: CASTOR, the Cosmological Advanced Survey Telescope for Optical and ultraviolet Research. CASTOR’s name pays tribute to Canada’s national animal, the beaver.

Space astronomy is on the verge of a revolution. In the next decade, a pair of sophisticated imaging telescopes — Europe’s Euclid mission and NASA’s WFIRST mission — will survey the skies at red-optical and infrared wavelengths, hoping to unlock the secrets of Dark Energy, a mysterious form of energy that is causing the expansion of the universe to accelerate. CASTOR has been designed to complement these by providing razor-sharp images at shorter wavelengths, in the ultraviolet and blue-optical region. 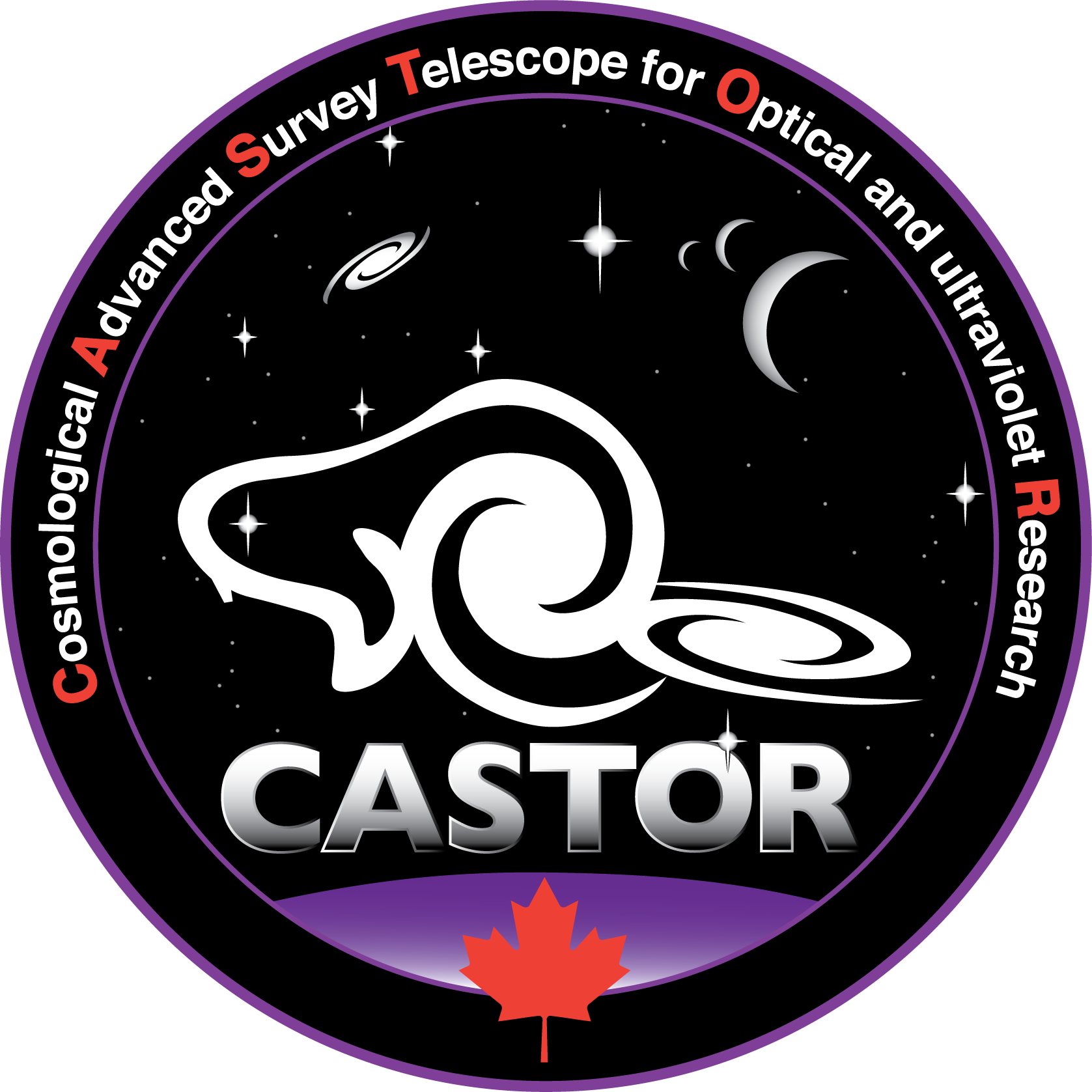 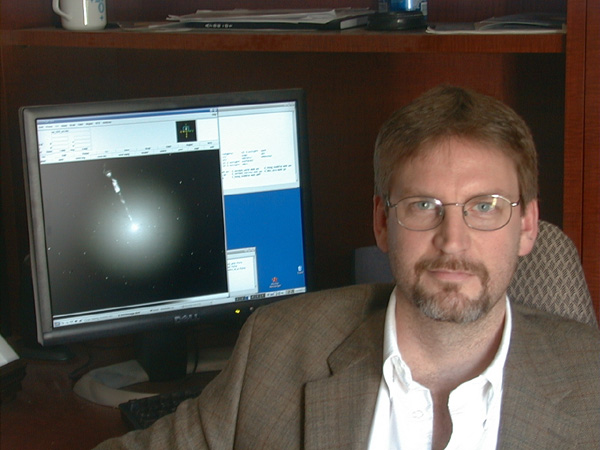 Patrick Côté is an astronomer at NRC’s Herzberg Astronomy & Astrophysics Research Centre in Victoria, BC. He uses both ground- and space-based telescopes — especially the Canada-France-Hawaii Telescope in Hawaii and NASA’s Hubble Space Telescope — to study galaxies and clusters in the local universe.

CASTOR would not only open a new window on the cosmos, but it would succeed the legendary Hubble Space Telescope (HST) as the world’s preeminent imaging facility at these wavelengths. Launched in 1990, HST is nearing the end of its lifetime, and astronomers worldwide will soon lose access to the razor-sharp imaging capabilities that have propelled their research to new heights and captivated the pubic in the process.

Smaller, lighter and cheaper than Hubble, CASTOR would use the latest technologies to deliver images that are nearly as sharp as Hubble, but covering a field nearly one hundred times larger. Astronomers plan to use its revolutionary billion-pixel camera to image about one fifth of the entire sky, yielding the sharpest, widest and deepest view of the universe to date at these wavelengths. A team made up of nearly one hundred astronomers from across Canada and around the world has recently explored CASTOR’s research capabilities in a study sponsored by the Canadian Space Agency. The conclusion? CASTOR’s scientific potential is immense and includes not just Dark Energy, but the progenitors of gravitational wave events, supermassive black holes, the atmospheres of extra-solar planets, the search for possible dwarf planets beyond the orbit of Pluto, and much more. 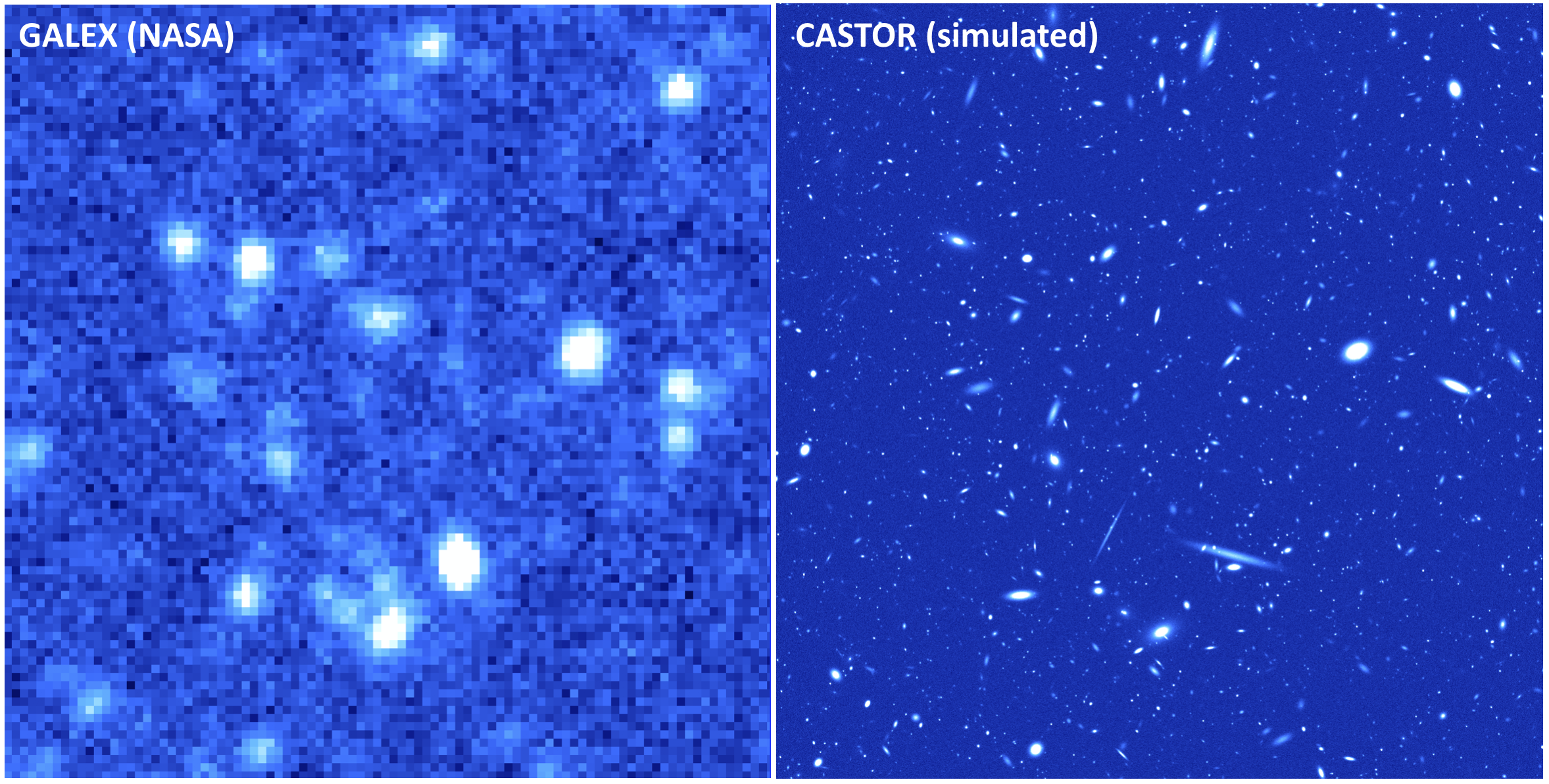 CASTOR will produce the deepest, widest and sharpest view of the universe in ultraviolet light, allowing astronomers to understand how galaxies form and evolve over cosmic timescales. (Left). A region of sky imaged in ultraviolet light by NASA’s GALEX telescope. (Right).
Credit: Patrick Côté 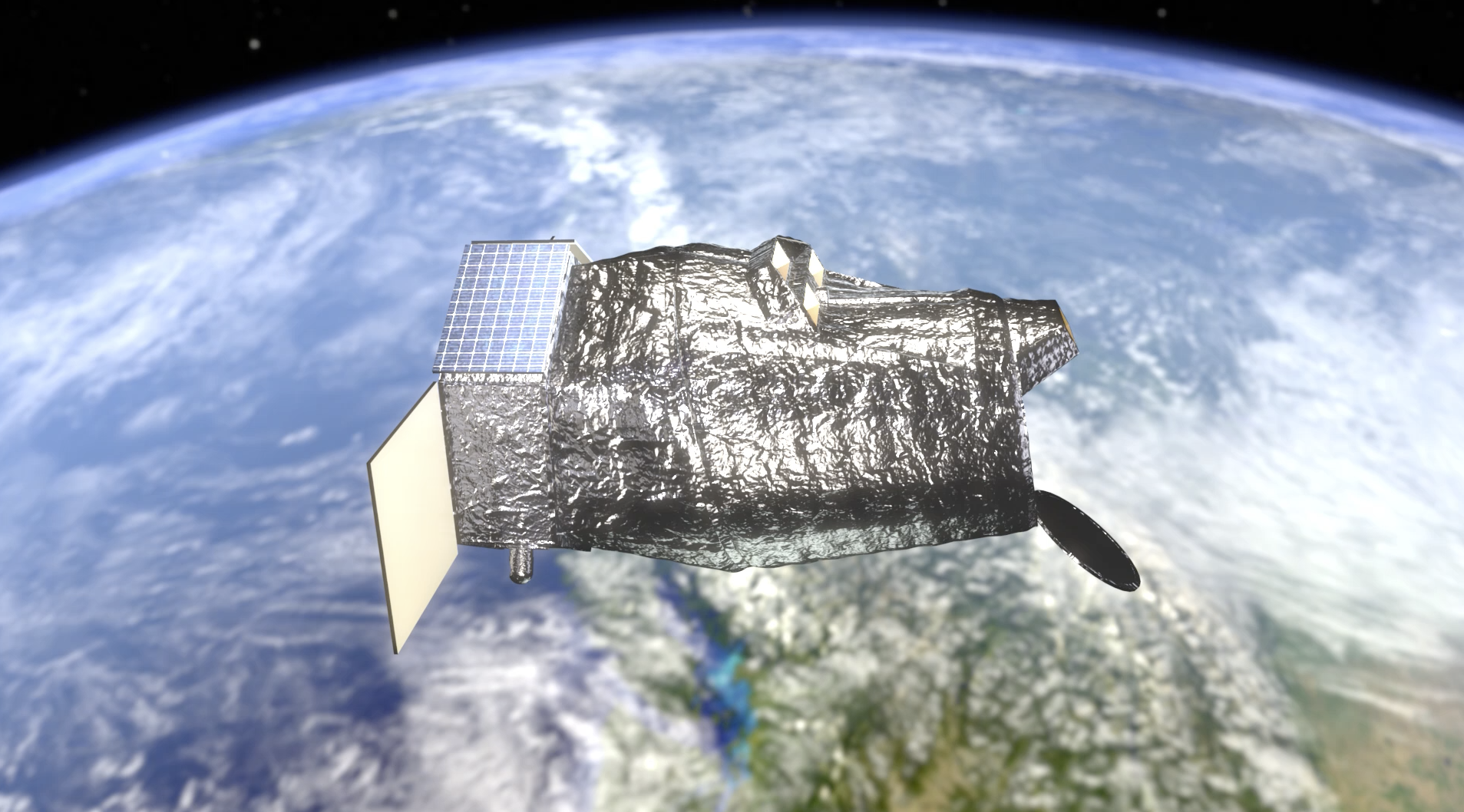 The proposed CASTOR space telescope in low Earth orbit. Operating high above the Earth’s atmosphere, CASTOR would have an unimpeded view of the universe at ultraviolet and blue-optical wavelengths, with a field of view roughly one hundred times larger than the legendary Hubble Space Telescope.

Energized by the results of their recent study, the team hopes the Canadian Space Agency will move quickly to the next development stage and aim for a launch in the mid 2020s. CASTOR has drawn the attention of prospective international partners, including the United States, India and the United Kingdom, who look forward to continued Canadian leadership in the mission.