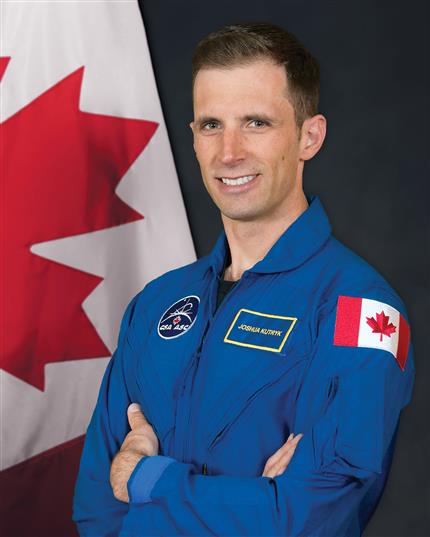 Prior to joining the Canadian Space Program, LCol Kutryk worked as an experimental test pilot and a fighter pilot in Cold Lake, Alberta, where he led the unit responsible for the operational flight-testing of fighter aircraft in Canada. 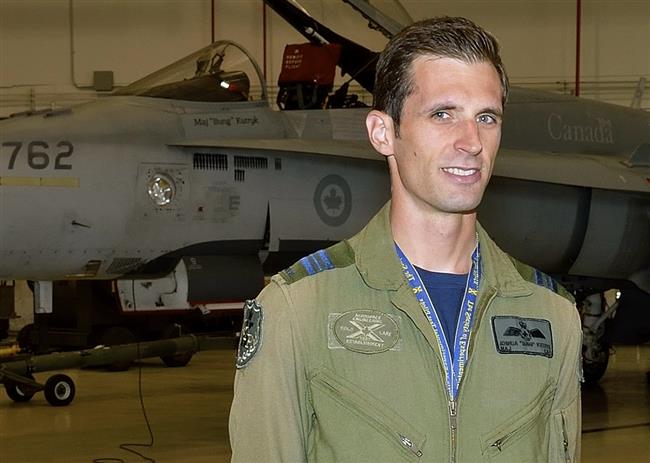 As the officer in charge of fighter evaluations, he was responsible for safely conducting the initial airborne evaluations of new technologies and systems on the CF-18. He worked with a team of aerospace engineers, analysts, aircraft technicians and program managers in order to make the CF-18 safer and more effective in its mission. LCol Kutryk has worked on a variety of technical flight test projects, ranging from out-of-control flying to automated navigation and flight control systems to weapon guidance and control. In addition, he has worked extensively as an instructor, teaching other pilots how to fly the CF-18 on demanding missions.

In 2012, LCol Kutryk received the prestigious Liethen-Tittle Award from the United States Air Force for being their top test pilot graduate, an award also presented to Colonel Chris Hadfield in 1988.

From 2007 to 2011, LCol Kutryk served as a CF-18 fighter pilot with 425 Tactical Fighter Squadron in Bagotville, Quebec. During that time he flew missions in support of NATO, UN and NORAD commitments around the world. He has been deployed in both Libya and Afghanistan.

LCol Kutryk was one of two recruits selected by the Canadian Space Agency (CSA) in July 2017 through the fourth Canadian astronaut recruitment campaign.

LCol Kutryk was one of the top 16 candidates (from over 5,350 hopefuls) during Canada’s 2009 astronaut recruitment campaign. Due to his perseverance and dedication, he now finds himself in the Canadian Astronaut Corps.

In July 2017, LCol Kutryk will relocate to Houston, Texas, to start the two-year Astronaut Candidate Training Program at the Johnson Space Center as a member of the 2017 National Aeronautics and Space Administration (NASA) astronaut class.

Why did you want to become an astronaut?

As a child I was fascinated with space. I knew that my life would focus on helping explore it. As an adult, I realize human space exploration is important to us all as individuals and as Canadians. I have always wanted to leave the world a better place than I found it, and I believe that space is one area where I can do so. I want to serve Canadians in a way befitting my aptitudes and interests. I want to inspire them. Above all, I want to help humanity broaden its collective horizon. 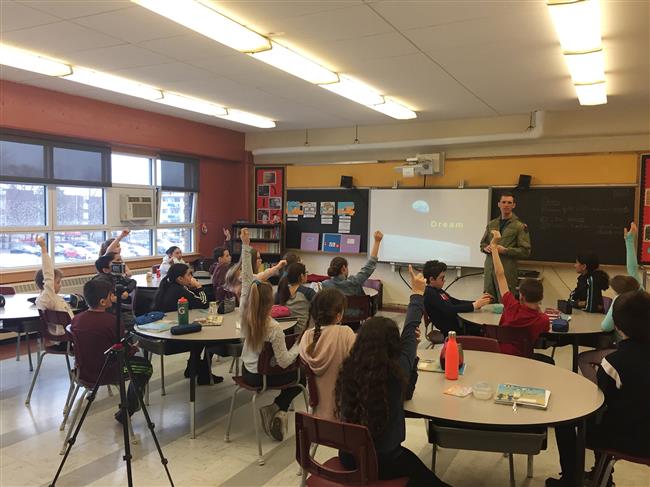 What is the best career advice you’ve ever received?

Throughout my life, my father would instruct me to seek out new experiences. He maintained that pursuing a wide balance and breadth of experience was the key to success. As a child this meant participating in a lot of extracurricular and community activities, even ones that didn’t interest me at the time. As an adult, this advice has served me well both professionally and personally. I have learned to embrace new, unknown experiences and not to fear them. The advice remains a prominent factor in all my career decisions.

Think back to a teacher who had a positive impact on your life. What did he/she do to influence you?

When I was in grade six my teacher (his name was Ted) had just returned to Canada following an extended cycling trip to India. To me, this was an initial glimpse at the kind of exploratory and adventurous life I wanted to live. His stories of riding a bike across a foreign country inspired me and had a very real effect on later decisions I would make. In fact, I still stay in touch with him. He is a principal now at a school in Whitehorse, Yukon, where I was fortunate enough to spend a few childhood years.

Which living person do you most admire? Or who are your heroes in real life?

Many of my real-life heroes are test pilots working on experimental spaceships for commercial space exploration ventures. Role models have played an important part in my life. Growing up I wanted to be like Amelia Earhart and Chuck Yeager because they challenged the accepted limits of the day. As a teenager, Neil Armstrong left a large impression on me because he combined academic rigour with test flying to help take humans to the moon. As an adult, I am motivated by Chris Hadfield, and I admire Elon Musk’s ambitious attempt to improve humanity’s future despite daunting odds.

What motivated you to study in your field?

Physics and math were my favourite subjects in high school – I was continually amazed by how those subjects explained the world around me. I couldn’t fly into space as a child, but I could fly into the atmosphere. I went for a ride in a light aircraft when I was nine years old. When we landed I knew that I wanted to fly, and that I wanted to understand in detail the science and engineering that made flying possible. I was inspired. My motivation to study aerospace at the highest levels had been set.

What did you like best about your job as a test pilot?

As a test pilot, I had a job that combined two of my favourite things on a daily basis: engineering and high-performance flying. I like the challenges of testing new technical systems aboard high-performance jets, and I especially like the teamwork that goes into solving those challenges. I got to work with aerospace engineers, analysts, aircraft technicians, program managers and corporate executives, all with the goal of making the F-18 safer and more effective in its mission.

What do you consider your greatest achievement?

In 2012, while studying at the Edwards Flight Test Center (where humans first broke the speed of sound), the United States Air Force selected me to receive the Liethen-Tittle Award for top test pilot graduate. I was the first Canadian since Chris Hadfield to receive that recognition. This particular achievement has always been special to me. Receiving the award not only took a lot of academic work and test flying expertise, but it also required significant teamwork. The experience showed me what Canada could achieve internationally when working with foreign partners in aerospace fields. 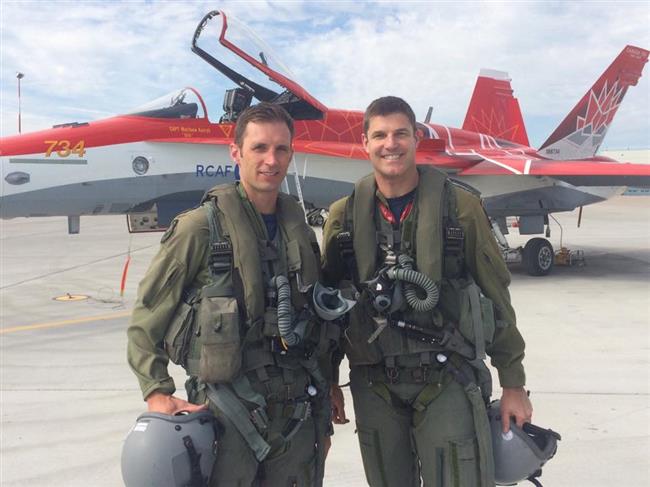 Canadian astronauts Joshua Kutryk (left) and Jeremy Hansen (right) seize the opportunity to fly together before the start of astronaut training. Prior to joining the Canadian Space Program, they were both pilots with the Canadian Armed Forces. In this picture, they are standing in front of the Royal Canadian Air Force’s 2017 Canada 150 CF-18 Demonstration Hornet.
(Credit: Canadian Space Agency) 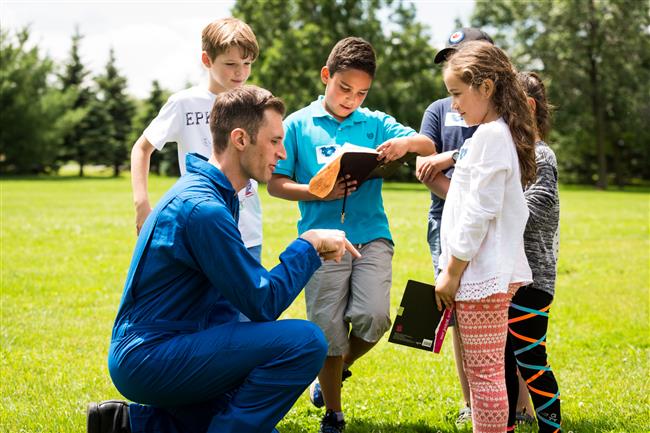 What is your favourite sci-fi movie?

What is your favourite place on Earth?

The farm where I grew up, on the prairie farmland of eastern Alberta. Having travelled the entire world, I am still struck by the tranquility of that particular Canadian landscape. Aside from a few Arctic mountaintops, there are few places where the night sky is as magnificent as it is there. It is also one of the quietest places I know.

What is your most treasured possession?

I have an antique timepiece that my dad used as a child. His father passed it on to him, and it is entirely mechanical. To me it offers a unique perspective on the pace of human innovation. My father grew up in a house without running water or electricity, at a time where the majority of the food came directly from the family farm. Only one generation later, I frequently work from a newer house on that same farmyard, continually communicating with people all over the world using satellite technology. #amazinginnovation